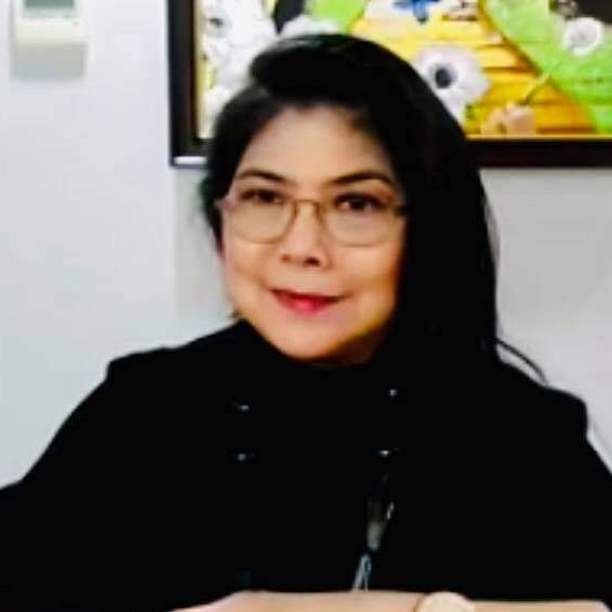 Dr. Romina Danguilan holds a number of key positions at the National Kidney and Transplant Institute – the largest tertiary referral center for kidney diseases and transplantation in the Philippines – including Deputy Executive Director for Education, Training and Research Services, Head of the Clinical Trials and Research Unit and Head of the Hemodialysis Centers. She also served as Head of the Peritoneal Dialysis Unit from 1994 to 2013 and Chair of the Department of Adult Nephrology from 2007 to 2016. She is a Past President of the Asian Society of Transplantation. Dr. Danguilan received her medical degree from the University of the Philippines in 1985. After her medical internship and residency in internal medicine at the Philippine General Hospital in Manila, Philippines, she completed a fellowship in nephrology at Addenbrooke’s Hospital in Cambridge, UK. She received a diploma for Public Management Development Program-Senior Executive Class (PMDP-SEC) from the Development Academy of the Philippines in 2014, finishing as class valedictorian among scholars from various government agencies. Dr. Danguilan’s research interests include immunosuppression in transplantation, organ donation, resource utilization of dialysis therapies, the economic and psychosocial impact of dialysis on the Filipino family, leptospirosis and extracorporeal therapies. Her work has been published in scientific journals such as Kidney International Supplements, the American Journal of Transplantation, Peritoneal Dialysis International and Transplantation Proceedings. She is a fellow of the Philippine College of Physicians and the Philippine Society of Nephrology and Vice President of the Transplantation Society of the Philippines.