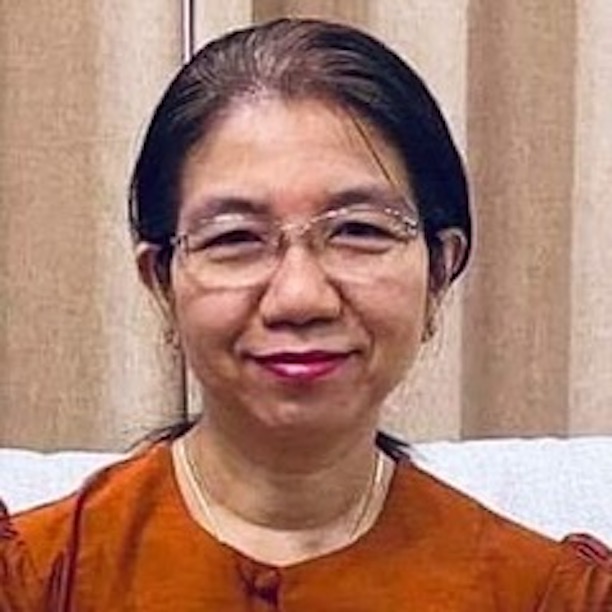 Dr. Htar Kyi Swe is Professor and Head of the Department of Nephrology in the University of Medicine, Mandalay. During her years as a department head, Professor Htar led nephrology doctorate programs, kidney transplantation programs and research projects in Mandalay. Currently, Professor Htar is the project manager of Organ Donation Innovative Strategies for Southeast Asia (ODISSeA) project in Mandalay. She also led to establish B level Sister Transplant Center in Mandalay General Hospital together with Seoul National University Hospital. She is also trying to set up CAPD program in Mandalay. Her areas of interests are in Renal Transplantation and Glomerulonephritis. Professor Htar received her M.B.,B.S in 1993, Dip.Med.Sc (Nephrology) in 1998, M.Med.Sc (Internal Medicine) in 2003, Dr.Med.Sc (Nephorology) in 2011 from the University of Medicine (1) in Yangon, and FRCP (Glasg) in 2016. She further received training in direct Immunofluorescence and cross match for renal transplant from Royal Adelaide Hospital in 2013 and training in renal transplantation from Seoul National University in 2015. Professor Htar is a member of the Myanmar Medical Council (MMA), Myanmar Nephro-Uro Association, International Society of Nephrology and The Transplantation Society (TTS).